There are a number of walking tours around Oakland, especially if food is your thing. When it comes to tours focused on history, there are fewer options: Oakland Urban Paths, Oakland Heritage Alliance, city of Oakland walking tours, and Mountain View Cemetery. And when it comes to black history tours, there's only one regularly scheduled tour, the city of Oakland's "New Era, New Politics" tour, which occurs on various Wednesday and Saturdays, May through October.

"New Era, New Politics" focuses on the political changes that came about in Oakland as African Americans started being elected to city council, mayor, and other positions. I've led it a number of times, and people are sometimes disappointed that it doesn't cover more about the Black Panther Party. When I give it, I talk about Bobby Seale's run for Oakland mayor, but there's too much to cover in 90 minutes.

So once a year, Oakland Urban Paths and the city of Oakland walking tours program team up to do a 2.5 hour walking tour on black history in Oakland. That gives time to talk about more people and cover more topics, though it's still not enough time to do more than give a taste. I always encourage people to find out more, with OaklandWiki.org a good starting point. But it's best to learn about a place from people who lived the history, and as well as I know Oakland history, I was too young when the Black Panther Party was active and I definitely didn't live the history.

That's why I was really excited to get an email from Visit Oakland, the local visitor's bureau, asking if I wanted to go on a Black Panther Party tour, led by a former BPP member. I went on a BPP tour of North Oakland a couple years ago (2014) with It's About Time and learned a ton, but as mentioned, there aren't regular tours, so I jumped at the chance to go on this.

And I wasn't disappointed. Saturu Ned, who started with the BPP in Sacramento led the tour, along with Kathy Campbell and Steve McCutchen. Each of them had stories to tell and personal details to add to their time with the BPP. We toured sites in West Oakland (e.g., the BPP party headquarters), North Oakland (e.g., Merritt College, where Huey Newton and Bobby Seale met and formed the BPP), East Oakland (e.g., the BPP Community School) and finished up back by Lake Merritt, where we could see the courthouse steps, site of the "Free Huey" protests, and 1200 Lakeshore, where Huey lived for a time under tight security.

If this wasn't enough, it wasn't just a one-off. It was in part to announce that Black Panther Power led by Saturu Ned will be giving regular (or at least more frequent) BPP history walking tours. The details haven't been announced yet, but you can add yourself to the email list at blackpantherpower.com to learn more.

Whether or not you go on the BPP history tours or not, there's lots to do for Black History Month in Oakland. Check Visit Oakland's list of BHM events, as well as the list on the Oakland Wiki. 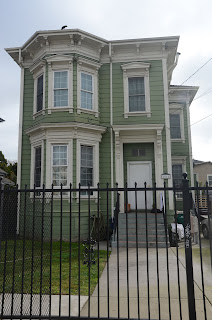 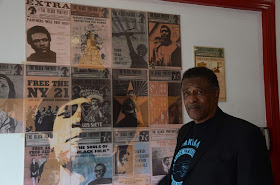 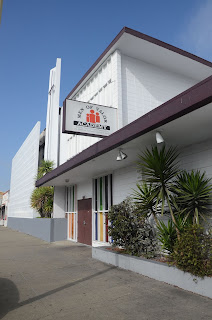